Happy Sunday! It’s time for the next Home Depot Gift Challenge! Every month, 11 of my bloggy friends and I choose an item from Home Depot, and make a gift for a chosen person with it. And, we also find something at Home Depot to wrap it with; which, in my mind, is the hardest part! If you missed last months gift, you can check out my Industrial Copper Pipe Clock that I chose to make using a copper “T” as our item. Don’t forget to hop around at the bottom of this post and check out the other blogger’s awesome projects! 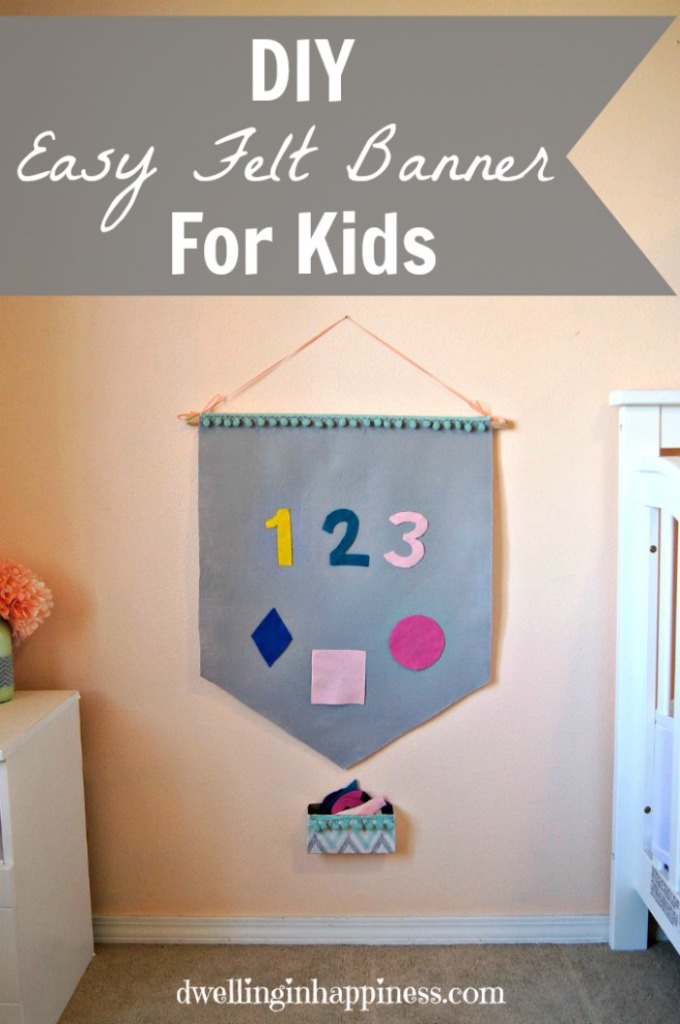 This month wasn’t as hard as last month; at least, so I thought. The chosen item this time was a wooden dowel, any size, and the gift recipient was for a child. My niece’s birthday is in March, so this was just perfect! The first thing that came to mind was a teepee. What kid wouldn’t love a teepee?! I was SO excited to make it for her (and one for Jade, too!). Buuuuut, when I was chatting with the other bloggers about their ideas, it just so happened several of them also had the bright idea of making a teepee. Womp, womp. So, back to the drawing board we all went! 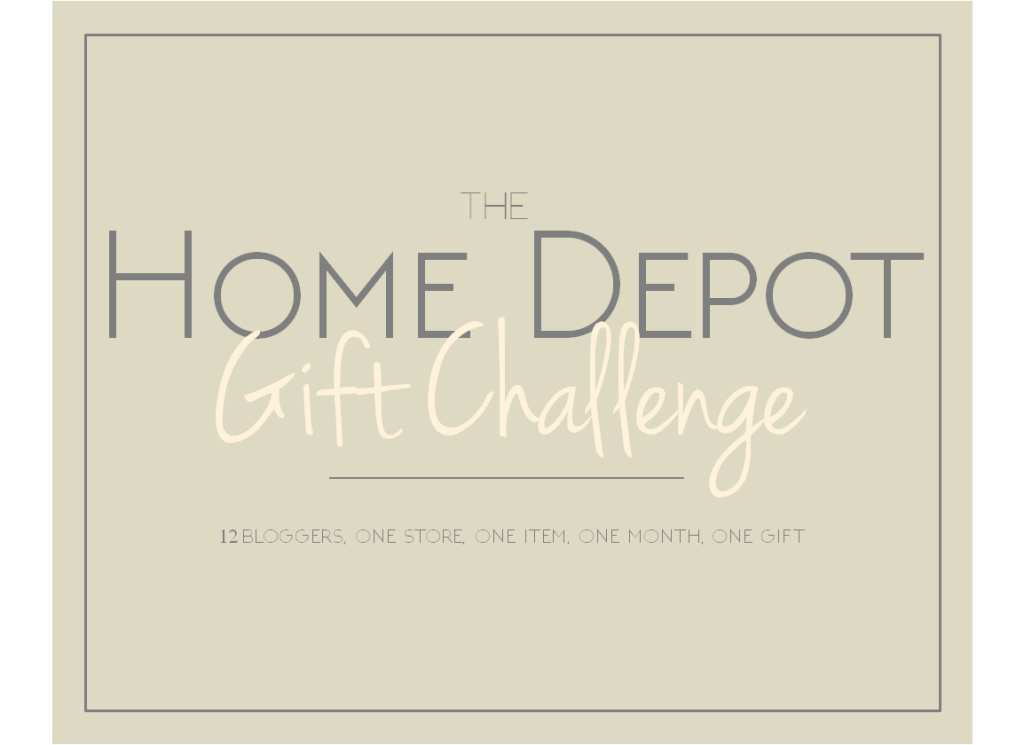 (We are in no way associated with Home Depot; we just love their stuff!)

I wanted to make a learning toy (totally the teacher in me), so I thought long and hard for awhile about what to make. I remembered my sister had bought her daughter a cute felt Christmas tree during Christmas, where she could put on felt ornaments and switch stuff around. A light bulb came on; I’ll make something similar, but with shapes and numbers! Thus, my felt banner commenced.

This gift is incredibly easy to make (I literally put it together in half hour!), and really inexpensive, too!

I used a 3/4 inch thick dowel, and cut it exactly in half (so I could make one for Jade, too!). It ended up being 24 inches long, which was perfect. I got a yard of gray felt from Joann’s for the banner part.  I wanted the felt to be almost as wide as the dowel, so I made it 22 inches to have an inch of dowel showing on either side. I drew a line down either side of the felt to make it about 29 to 30 inches long. 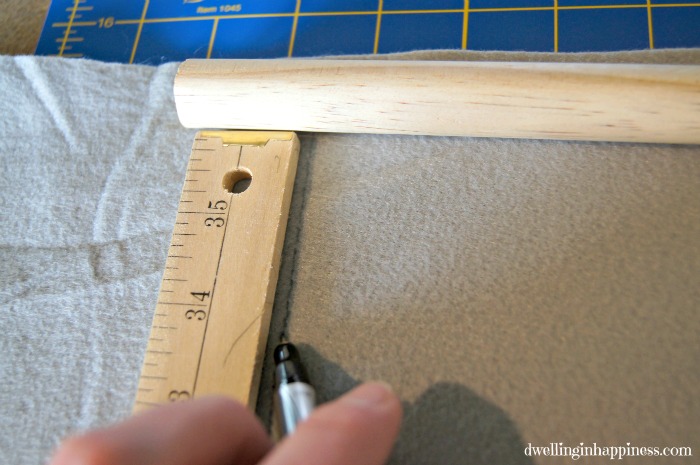 Then, I made it a banner by making the bottom come to a point. I just made a little dot exactly in the middle between the two lines at the bottom, which was at 11 inches. I also marked 2 dots right on the edges a couple of inches up so it’d be even when I drew the diagonal lines. 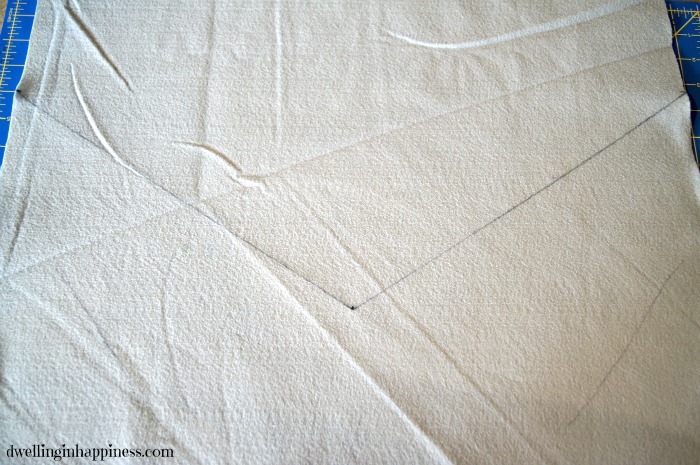 Cut your banner out. I ironed it to get all the wrinkles out on my “wool setting.” Make sure to keep it on low, otherwise it will melt the felt (which I may have done a little…)! Excuse my terribly dry winter-hand. Bleh! 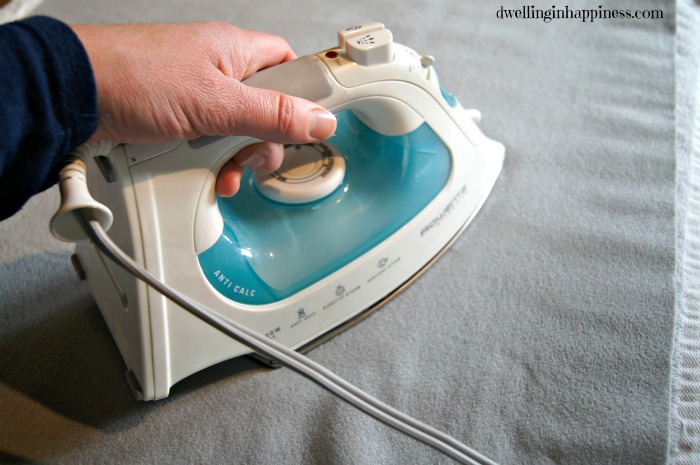 To add the dowel, I left about 1.5 inches of material at the top, and positioned my dowel directly in the center with about an inch hang over the fabric on either side. 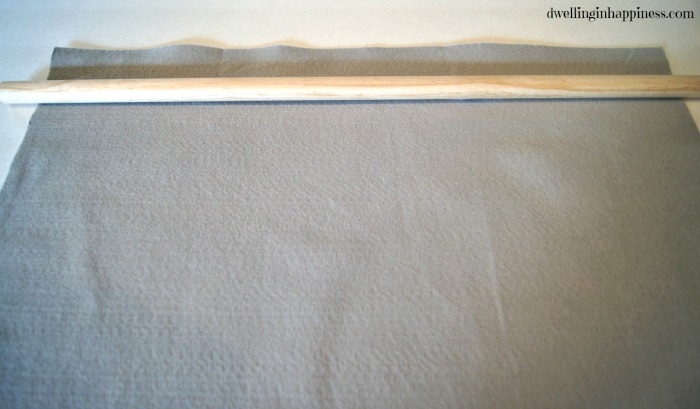 Using a glue gun, fold the fabric over the dowel and glue the fabric down. 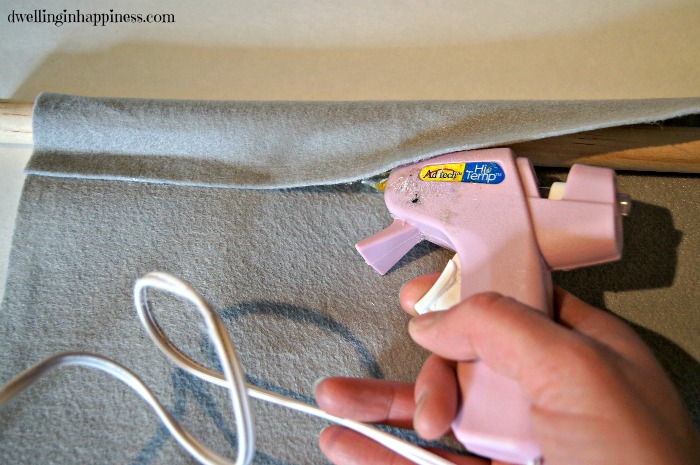 To hang the banner, I used some peach ribbon to match my niece’s room. I tied it on the end in a knot, then tied a bow. I tied the bow in a double knot as well so it’d stay. I did the same for the other side.

I felt the banner still needed something to jazz it up. I had some leftover trim from my spring wreath, so I cut it to fit and glued it across the top of the banner with my glue gun. 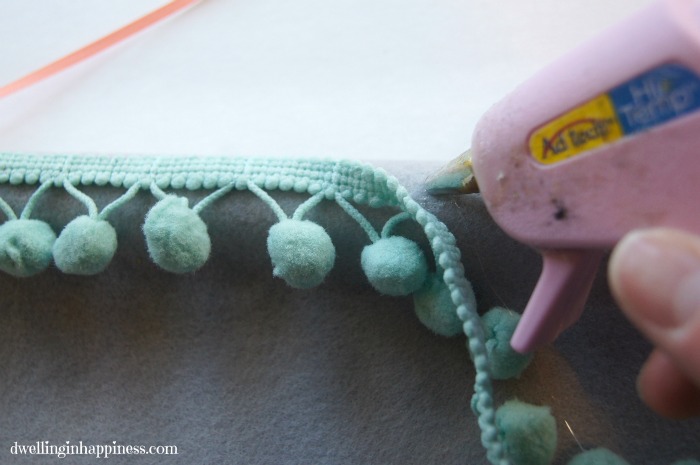 It was the perfect little touch! Now, all we needed was some felt shapes and numbers! I bought a bunch of different colored felt squares at the craft store, and drew shapes and numbers on them all and cut them out. Does anyone know if they sell them already cut out?! I saw some felt letters, but they have a sticky side on the back which I didn’t want; I want the letters/numbers able to move and take down. Anyway, Cutting all the numbers took some time, but worth it in the end! 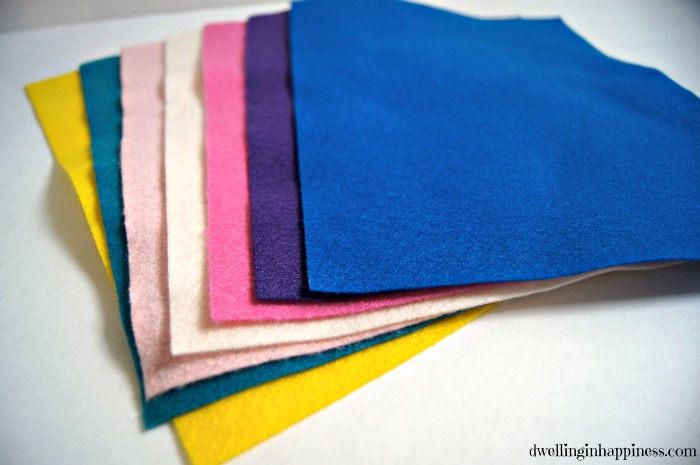 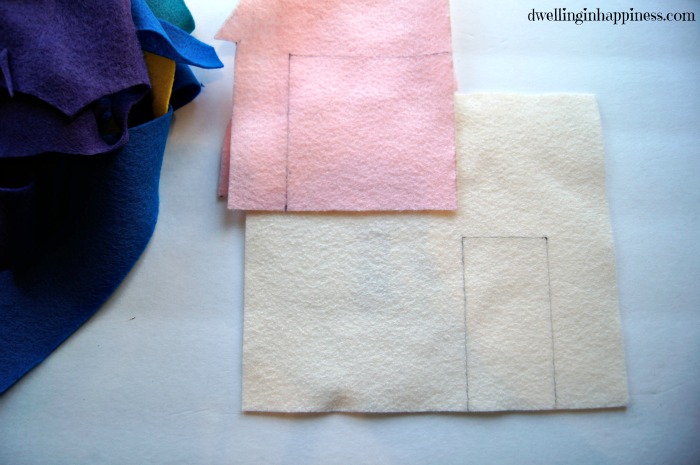 All the shapes and numbers needed a place to hang out while not in use. I didn’t have anything on hand, so of course, I made something! I used a cereal box and cut off the top. 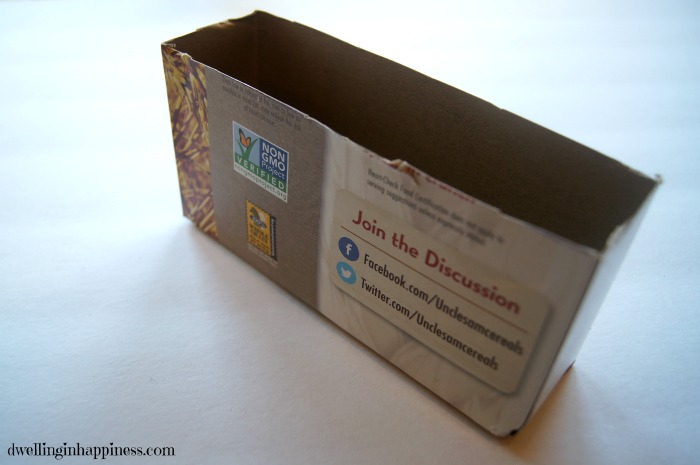 Since my plan was for my sister to attach it to the wall underneath the banner, I was only going to decorate the front and sides. I started by cutting some pretty fabric big enough to cover the front, sides, and bottom of the box. Then, I brushed Mod Podge all over the box, except for the backside (1). I laid the fabric flat over the glue and smoothed it out. I wrapped the sides kind of like you’d wrap a present (2 & 3). Once the fabric was glued down all around, I cut off the excess from the top. Done! A cute little box to go on the wall that could hold all the felt pieces. 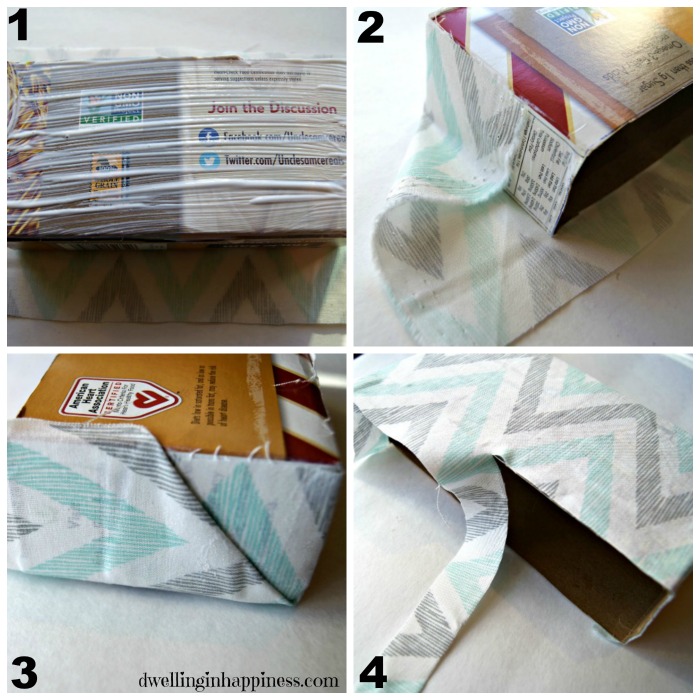 I had NO idea how or what to wrap this in for the gift wrapping part of the challenge. I pretty much roamed the aisles of Home Depot on two different occasions trying to figure out what I was going to do with it. Finally, I came across the PVC pipe aisle, and found short pre-cut PVC pipe that was 2 feet long; exactly the size of the wood dowel! So, I grabbed the 2 inch wide pipe and two end caps. I rolled up the banner and stuck it inside! The box didn’t fit, but everything else did! Since it wasn’t very pretty as is, I stuck a bow on the pipe. 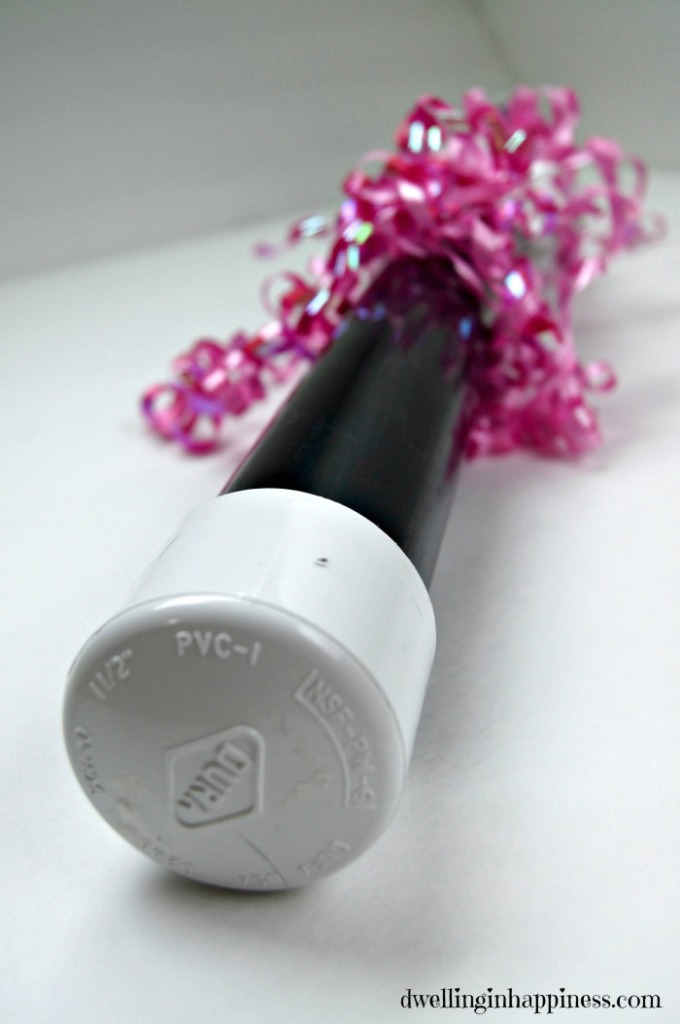 My niece loved it all! And, the pipe and end caps could totally be used to store something else later, or be turned into a cool rain stick!

I of course made one for Jade too, because she saw me working on my niece’s and wanted to play with it. She looks so cute putting her shapes up! But I’m only slightly biased… 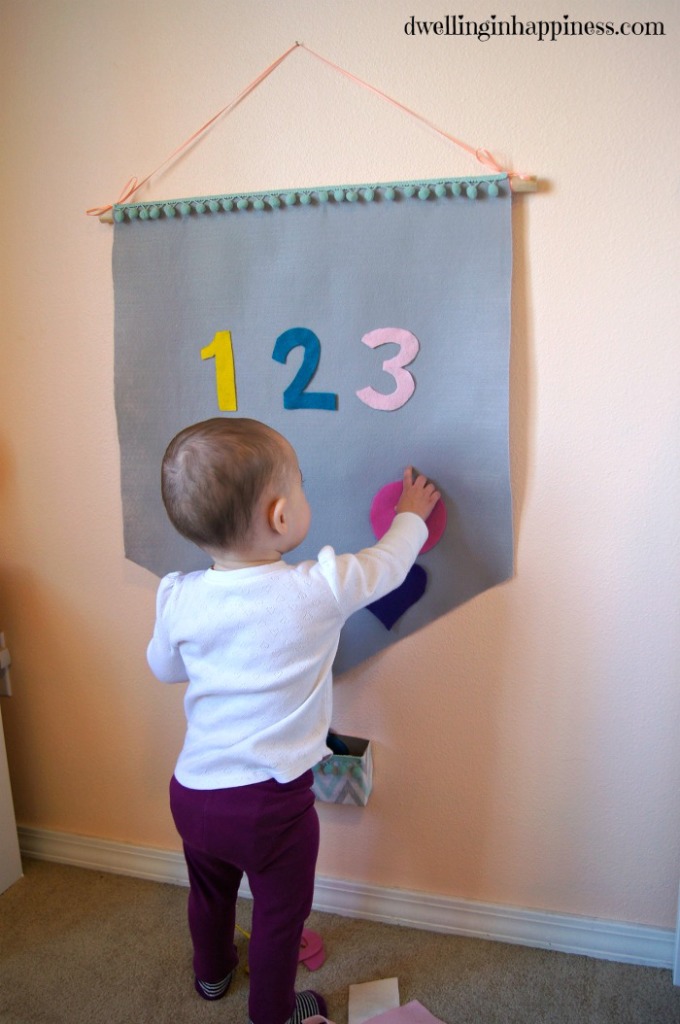 She loves it! I hung it on her wall, and she loves playing with the shapes and telling me what they are. Felt is seriously amazing; it totally sticks to itself! Just pat the felt piece on, and it’ll stay. 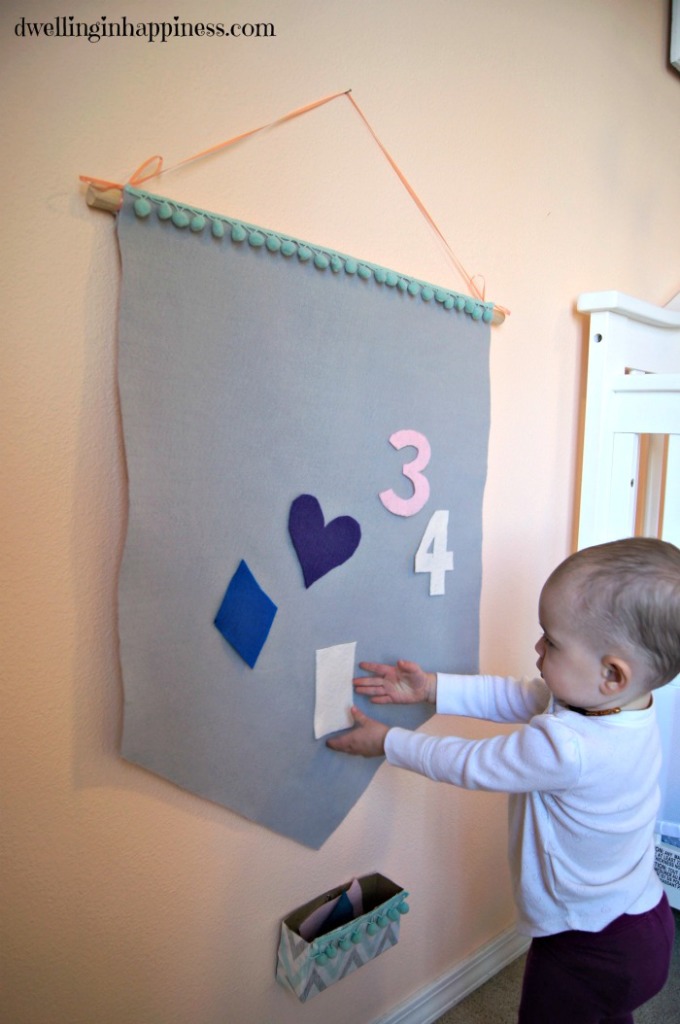 And she really loves taking every felt piece out of the box after I put them all in. A much more fun game, apparently. 😉 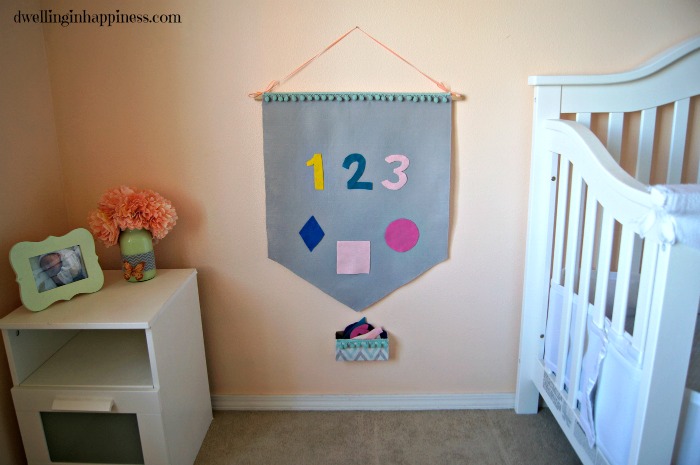 It’s the perfect “toy” for any aged child; as Jade gets older, I’ll find/make some felt letters and we can practice spelling words. We can even cut out little people and dress them up! 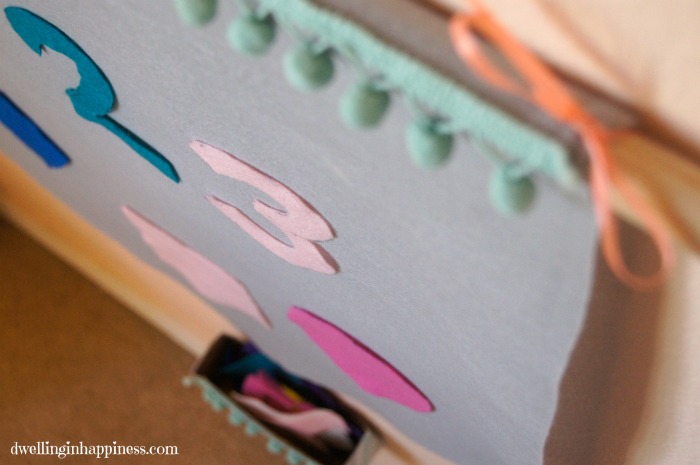 Pin it for future reference: 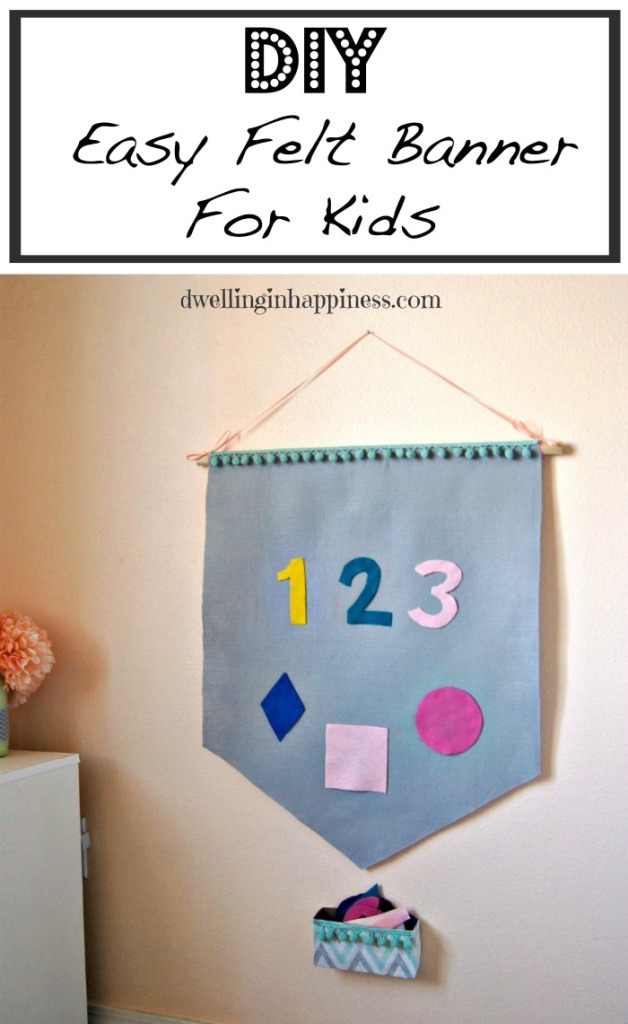 Want to see some other seriously fab gift ideas for kids? Check out these other 10 projects! Just click on the picture to visit. 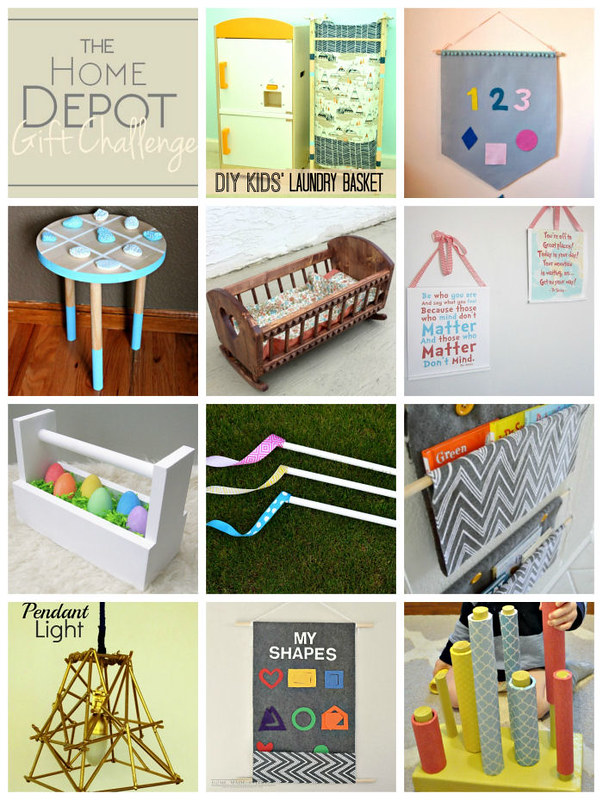 Hope you have a great week ahead!